The goal of the first part of the fight is to take out the Zeppelins that are powering Deathshead’s shield. As soon as the fight starts you’ll immediately want to sprint towards your left and find the giant cuttable metal fences and cut your way through. 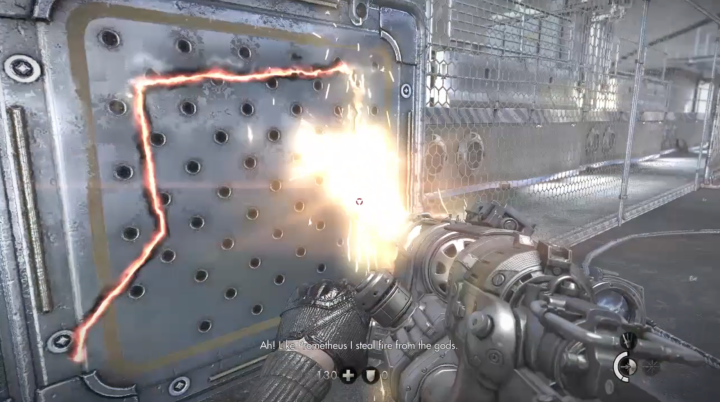 Once you get on the outside of the fenced area sprint down the side of the area towards one end and then double back up the stairway. You’ll be getting shot at the entire time so it’s important to remember to sprint and try and pick up and health or armor you can along the way.

Once you get to the turret your safe so feel free to take your time and rest if you need it. The Zeppelins go down in one shot and after you destroy one Deathshead will stop shooting for a brief moment so its best to immediately start moving again once you get the shot off.

On your way out make sure you pick up the health pack on the stair landing.

Now you have to run the length of the back portion of the arena and then up the right side just like you did the first time. When you get to the end of the right side before going up the stairs pause behind the metal grates for a moment to let your health regenerate to the next full tier.

Spring back up to the turret again picking up any health or armor you can while sprinting. DO NOT STOP TO PICK UP ITEMS. Once you make it up the stairs repeat the procedure and take out the second zeppelin.

Once you take out the second zeppelin Deathshead will be vulnerable. Give him a couple shots with your laser rifle and he’ll go down and the first part of the fight will be over. 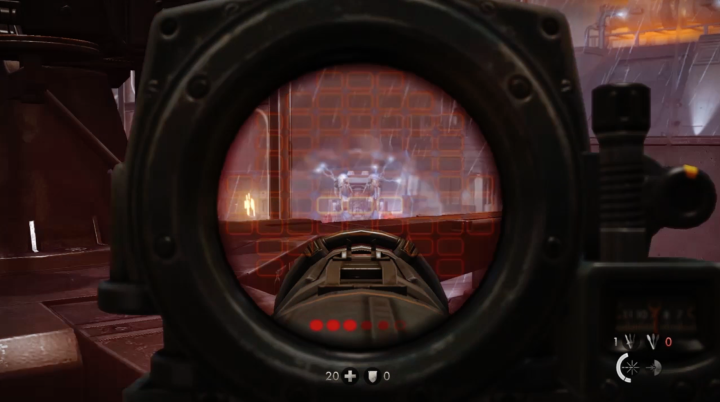 Now is your time to restock on weaponry, health, and armor from the surrounding area. Other than health and armor your main priority is to collect as many rockets as you can. You’ll want to head over to the metal crate shown below, near the weapons cache and cut it open. There you will find 4 rockets. Next, head over to the weapons cache and stock up on everything, including another set of 4 rockets.

Grab as much health as you can get (you should be overcharged) and then head down below with your rockets equipped and get ready for the real fight. As soon as you get down, immediately start bombarding Deathshead with rockets. Every 2-3 hits will stagger him and give you a chance to move. The name of the game is keep moving. Don’t stay in one spot for too long or either he or fire will kill you. There is a good amount of cover in this area so it’s fairly easy to avoid being hit by him if you’re being mobile but once the fire really starts you vision will be impaired and you will have to be careful walking backwards or strafing so that you don’t walk into fire.

Directly behind where you enter the room you’ll find 4 more rockets, once you stagger Deathshead with your initial barrage, turn around and located the rockets.

Keep shooting and utilizing cover while you make your way to the back left corner of the area, Here you’ll find more rockets. 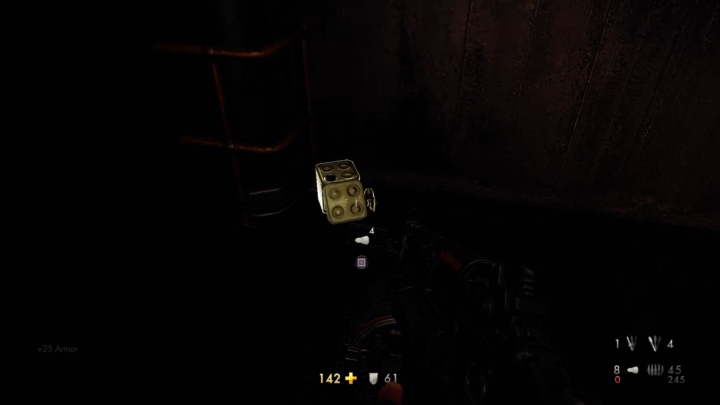 If you’ve picked up all the rockets thus far and were conservative with them beforehand you should have a good amount for this fight. If you run out of rockets, grenades can be very effective as well, and when all else fails just unload some good ole’ fashioned bullets into him when possible. You will eventually wear him down. Once you see the blue reticle pop up on screen and hear Blazkowicz say “knives out” you’ll know the fight is over. Approach Deathshead and then trigger the final cutscene. Congratulations! You’ve beat Wolfenstein: The New Order.