If there’s one thing I love as much as (if not more than) video games and architecture it’s football. August is always an exciting time for a football fan, training camps are in full swing, preseason games begin, and most importantly the NFL Hall of Fame enshrines a new class of inductees in Canton. While watching the Hall of Fame festivities one August weekend, the thought struck me, why not compile a video game Hall of Fame that I can revisit and update annually?

There’s a few criteria that need to be established when making any Hall of Fame list. First, it needs to be mentioned that this list is entirely my own opinion, you may disagree with a selection, that’s fair, these are the games that I believe belong. Second, there is a huge backlog of video games to choose from, they can’t all get in for the inaugural class, but to keep things interesting I won’t be selecting chronologically; the inaugural class will include a mixture of games throughout video game history. Third, I believe that to properly assess a game’s impact on the medium and industry a certain amount of hindsight is needed, therefore, like the NFL, a game can only be enshrined 5 years after its initial release. Fourth, when selecting games that are part of larger franchises I will default to the original game in the series unless I believe the sequels to be overtly more deserving. Lastly, and most importantly is how I define whether or not a game is worthy of the Hall of Fame. Imagine you are telling the story of video games from their inception to where we are in present day. What games are integral to that story? What games would it be impossible to tell the history of video games without? These are the games that I believe belong in the Hall of Fame.

Having to choose from every game released before 2010 is quite the difficult task, only 10 games will make the cut each year, this doesn’t mean that a game not on this list is unworthy for the Hall of Fame, simply that there was not enough room this year. This list will grow, but for now these are the 10 games I believe belong in the story of gaming, so without further ado here is my inaugural class of the 2015 for the Video Game Hall of Fame.

Often recognized as the first video game ever, (definitely the first commercially successful video game ever) Pong is the grandfather of all video games. Not only did it redefine entertainment and leisure but it introduced the concept of multiplayer. You and a friend (or you and the computer) could volley back and forth for hours playing what essentially amounted to virtual tennis or ping pong. The game was competitive, entertaining, and most importantly, addictive. Pong won’t win any awards for its gameplay, presentation, or graphics but it makes this list because it paved the way for all that was to come afterwards. Without Pong the following games on this list wouldn’t exist.

Adventure is often brought up as a trivia question. The game is largely known to hold the first example of an “Easter Egg” in a video game, but Adventure was so much more. The game basically invented the high fantasy adventure genre. Not only did it pioneer a genre but it changed the way games used space and portrayed movement. Games before Adventure existed on a single static screen. There was no side scrolling, no moveable camera, no player perspective. Adventure changed all that when it gave players a game world to explore. Walking to the edge of the screen in any direction caused the entire screen to shift moving the player from one room to the next. Now an outdated means of movement, it was cutting edge in 1979.

This is probably the most obvious game that will appear on this list. Super Mario Bros. was by no means the first side scroller but it is where the genre was perfected. Platformers and side scrollers owe everything to Super Mario Bros. Not only is it a game that is executed damn near perfectly, but it is a game that stands the test of time. Super Mario Bros. established a formula for how platformers should work and feel and it nailed it. Mario  spawned hundreds of other games, became the face of Nintendo, and is now the most recognizable video game character on earth. I don’t care who you are, if you consider yourself a game, you’ve played a Mario game.

Devastators makes this list not because it was an amazing game, but because it was also the first to do something. This being a site about architecture and video games I have to appreciate when a game does something spatially interesting for the first time. Devastators was the first game to utilize the third person while giving players control of their character. There was still no moveable camera but the freedom to move in a world that was no longer two dimensional cannot be overlooked. Gaming had broken into the third dimension and like in the Italian Renaissance began to master the art of perspective.

SimCity is one of those games that is recognizable even to people who know nothing about video games. It pioneered the simulation genre as it is known today. SimCity allowed players to play the role of city planner and gave them God-like autonomy. Not only does nearly ever top down sim owe a debt to SimCity but it also spawned hugely successful spin offs in The Sims series. At home on PC rather than console, SimCity is immediately familiar to anyone who has worked with any sort of design software. One of the first games that not only allowed player creation, but was entirely reliant on it SimCity was a platform for creativity as much as it was for play.

The PS3/Xbox 360 generation was a sort of renaissance for the FPS genre. Renaissance means rebirth, in order for something to be reborn, it must first be born. ID Software gave birth to the FPS with Wolfenstein 3D. Although its spiritual successor, Doom, is the more famous of the two games, it was Wolfenstein 3D that set the mold and the reason it makes the cut for the inaugural hall of fame class. Until Wolfenstein, computer games were largely clunky strategy games; suddenly the possibility to travel in three dimensional space (with no dedicated 3D hardware) was possible. As they say, the game changed. The FPS genre is unique in that the player and the non-player character are one in the same, they share the same perspective. Players aren’t taking control of a character like Pac-Man, the are Pac-Mac (or in this case B.J. Blazkowicz). 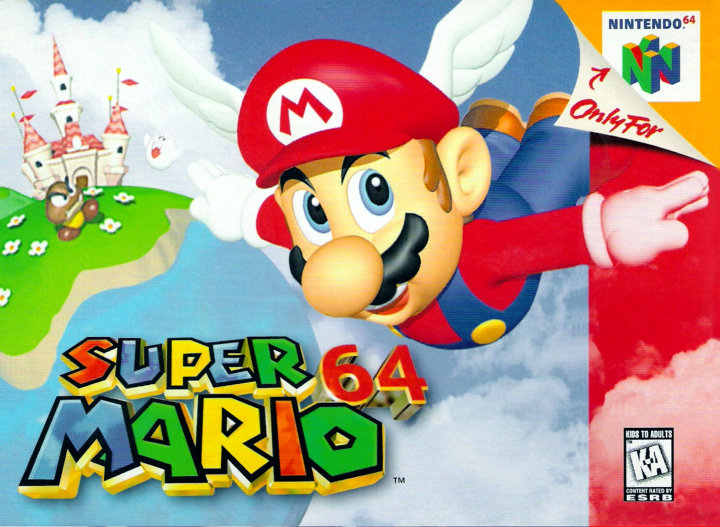 With Mario 64 we again have a genre defining game (sensing a theme here?). Until 1996, Mario had only ever existed as a two dimensional side scroller. Not only did Nintendo redefine how Mario could be played, not only did it invent the 3D platformer, but it revolutionized video game worlds. The ability to move freely around a game world and control the camera is something we take for granted now but in 1996 it was unheard of. Mario’s tiny potbelly could finally be seen in all its glory. The jump to three dimensions also changed up the tried and true Mario formula and served as a precedent for games like Mario Sunshine and Mario Galaxy.

Portal was the first game that I would describe as an “experience.” Released alongside Valve’s Orange Box bundle that included big names games like Half-Life 2 and Team Fortress 2, Portal quickly stole the show and became the reason to buy the Orange Box. The game only took around 2 hours to beat but in that time Valve created innovative gameplay, built an interesting and deep world, and injected a lot of humor (THE CAKE IS A LIE!). The feature length Portal 2 released years later to critical acclaim but it will always be the first game that really resonated with me.

As I mentioned before, the PS3/Xbox 360 generation was a renaissance for the FPS genre and that renaissance is because of Call of Duty 4. Call of Duty had been around for years as a WWII shooter but it was the jump to modern day that created the behemoth that COD is today. Modern Warfare simply nailed how a FPS should look and feel, to this day the franchise still touts the best gunplay in the genre. The online multiplayer was so game changing that we take its features for granted and genre troupes now. The experience points, the killstreaks, the loadouts, the game modes, Call of Duty 4 introduced them all to the FPS genre. 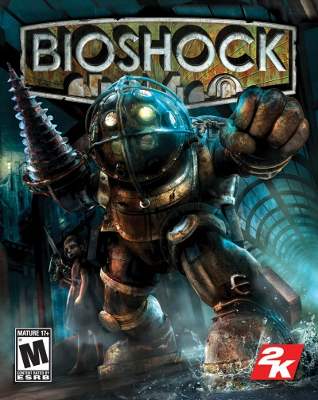 BioShock is a true masterpiece on so many levels. The world of Rapture is phenomenally atmospheric. The 1920’s art deco style fit perfectly into a city that existed under the sea. To be honest I don’t even remember the name of the protagonist in BioShock, but that is because the city, Rapture, is the true main character of the game. Never has a game world conveyed so much personality, history, and fear as Rapture. I could go on and on about the brilliantly designed world but I could never leave out the amazing story that BioShock manages to tell. Again, much of the story is conveyed through the world itself but it is the ending that truly astounds. Twist endings are nothing new in the world of storytelling, even for games but BioShock’s twist makes the player question everything they’ve done up until that point, for some (like myself) everything they’ve ever done in any video game.

One thought on “My Video Game Hall of Fame: Year 1”